SOLD OUT: IN PERSON: Visit to Home of Turkish Ambassador HE Hasan Murat Mercan

DO NOT APPEAR AT THE EMBASSY ON MASSACHUSETTS AVENUE, NW 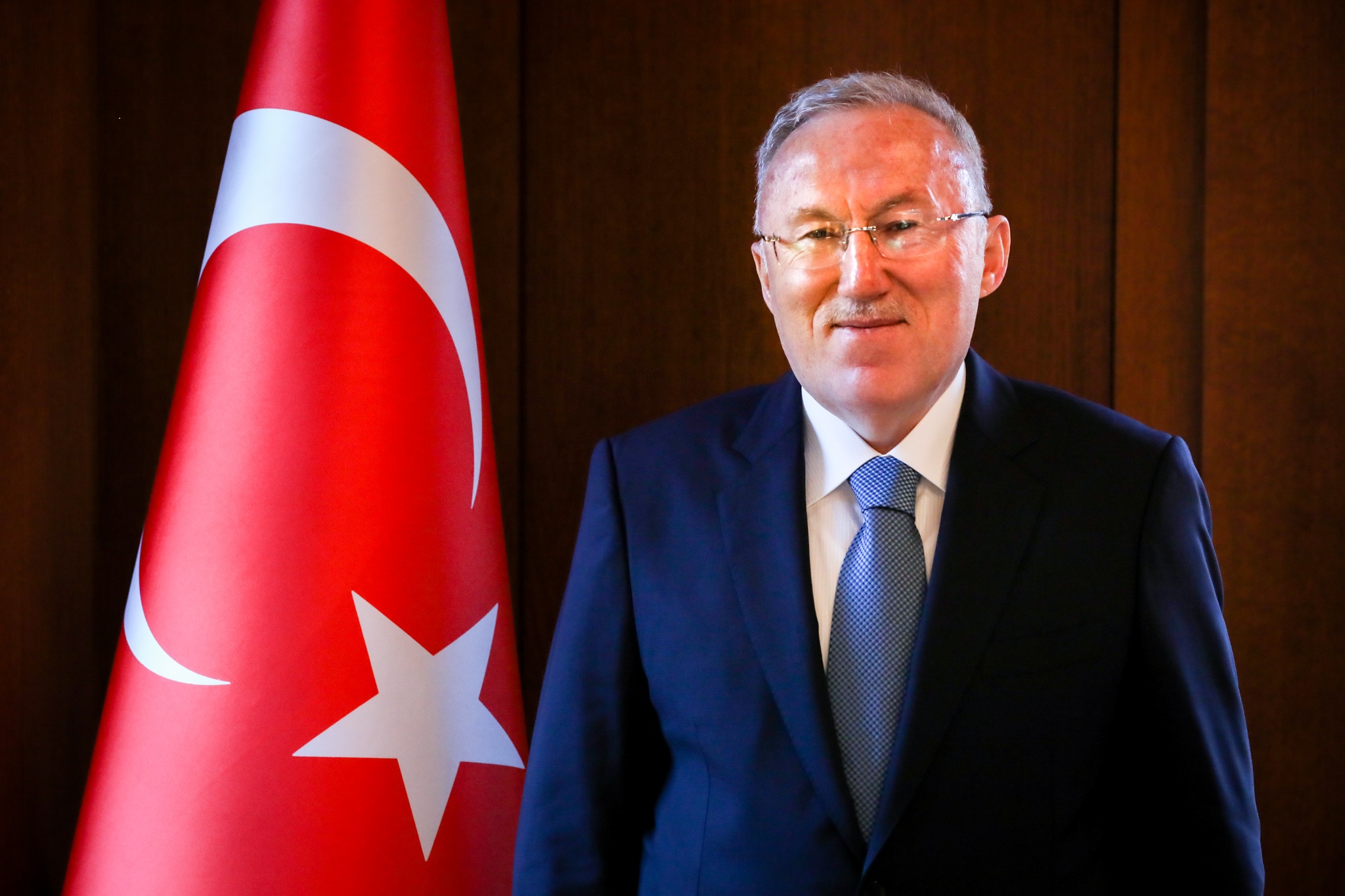 The Ambassador of Türkiye, HE Hasan Murat Mercan, welcomes us to his magnificent home. This historic residence, the Edward Hamlin Everett House, is a 1915 Beaux-Arts mansion, and a beautiful example of the style.

Ambassador Mercan is a Founding Member of AK Parti (the Justice and Development Party). He worked as a Member of the Party’s Central Decision Making and Administrative Board (2001-2009), and was Deputy for Eskişehir during the 22nd and 23rd terms of the Turkish Parliament. From 2002 until 2007, he was Chairman of the Turkish Delegation to the Parliamentary Assembly of the Council of Europe and the Interparliamentary European Defense and Security Assembly, and the Vice-President of the Parliamentary Assembly of the Council of Europe. He served as the Chairman of the Committee on Foreign Affairs of the Turkish Grand National Assembly during the 23rd term of the Parliament (2007-2011), as Deputy Minister of Energy and Natural Resources of Türkiye (2012-2014) and as Chairman of the World Energy Council Turkish National Committee (2014-2017). In 2017, he was appointed as Turkish Ambassador to Japan and held this office until he assumed his duties as Ambassador of Türkiye to the U.S. in March of 2021.

The building, Beaux-Arts in style, was built between 1910 and 1915 for Edward Hamlin Everett, a bottling millionaire. The house was designed by George Oakley Totten Jr., a graduate of the Beaux-Arts school in Paris, and one of Washington D.C.'s most prolific and skilled architects in the Gilded Age. The house was built as the winter residence for Everett who sought to enter society in the nation's capital. After Everett's death, his widow approached the Turkish government and offered to rent out the mansion to them. Totten, the architect of the house, had spent a brief period in Türkiye as the official architect for Ottoman Sultan Abdul Hamid II, and the home displays a mix of Ottoman and Art Nouveau styles, each asserting themselves individually while remaining a harmonious whole. The Turkish ambassador moved in during 1934, and several years later the embassy purchased the residence, fully furnished with Everett's antiques, including Sèvres porcelain and Gobelin wall tapestries. In 2007, the house was fully restored to ensure its preservation

Registration: This event is limited to Harvard Club members and their guests. Business attire is required.

Fee: Contribution to the Club is $55 per person.

Vaccination/Safety Requirements: All registrants are required to be vaccinated.  Please be prepared to provide proof of vaccination on site.  If you have recently tested positive or have symptoms, please do not attend this event. If you are ill, please notify us prior to the start of the event, and we will be happy to refund your ticket fees. The Club encourages attendees to wear masks indoors when not eating or drinking, especially when social distance cannot be maintained.

We are indebted to Yigit Canay, Counselor at the Embassy, and to Club Members Barbara and Mike Goldman for their help in arranging this event.