VIRTUAL: A Conversation with Kermit Roosevelt III AB '93 on His New Book The Nation That Never Was

The UPenn constitutional law professor and New York Times contributor on America, our history, and our path to the future. 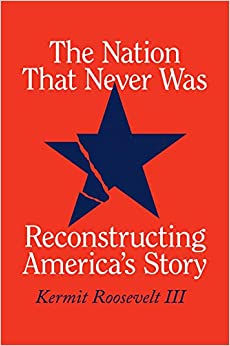 There’s a common story we tell about America: that our fundamental values as a country were stated in the Declaration of Independence, fought for in the Revolution, and made law in the Constitution. But, with the country increasingly divided, this story isn’t working for us anymore—what’s more, it’s not even true. As Kermit Roosevelt argues in this eye-opening reinterpretation of the American story, our fundamental values, particularly equality, are not part of the vision of the Founders. Instead, they were stated in Lincoln’s Gettysburg Address and were the hope of Reconstruction, when it was possible to envision the emergence of the nation committed to liberty and equality.

We face a dilemma these days. We want to be honest about our history and the racism and oppression that Americans have both inflicted and endured. But we want to be proud of our country, too. In The Nation That Never Was, Roosevelt shows how we can do both those things by realizing we’re not the country we thought we were. Reconstruction, Roosevelt argues, was not a fulfillment of the ideals of the Founding but rather a repudiation: we modern Americans are not the heirs of the Founders but of the people who overthrew and destroyed that political order. This alternate understanding of American identity opens the door to a new understanding of ourselves and our story, and ultimately to a better America.

America today is not the Founders’ America, but it can be Lincoln’s America. Roosevelt offers a powerful and inspirational rethinking of our country’s history and uncovers a shared past that we can be proud to claim and use as a foundation to work toward a country that fully embodies equality for all. 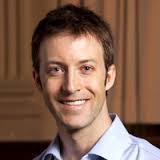 elt III is a professor of constitutional law at the University of Pennsylvania Carey Law School, a former clerk for Supreme Court Justice David Souter, a member of the Presidential Commission on the Supreme Court, and an award-winning author. A frequent op-ed contributor, his work has appeared in The New York Times, the Foreign Policy Research Institute, The Washington Times, TIME, Newsweek, and The Hill, among many other outlets. He serves as a media expert and keynote speaker, discussing topics including the Supreme Court, civil rights, U.S. presidential history, leadership, American politics, patriotism, and U.S. current events.


Please use the discount code UCPNEW for 30% off on the publisher's website.