[VIRTUAL] Unthinkable: Trauma, Truth, and the Trials of American Democracy

The Harvard Clubs of Boston, Ireland and Washington DC bring to you Congressman Jamie Raskin to discuss how he got through the tragic death of his son while struggling to preserve our democracy.

Congressman Jamie Raskin will discuss his New York Times Best-selling memoir, Unthinkable, which tells the story of the forty-five days at the start of 2021 that permanently changed his life—and his family’s—as he confronted the painful loss to suicide of his brilliant son Tommy, and then both lived through the violent January 6 insurrection in our nation’s Capital, and also led the impeachment effort to hold President Trump accountable for inciting the political violence. We’ve all gone through trying times personally and professionally. Having the courage to successfully overcome is what will ultimately count.

There will be an opportunity for Q&A. 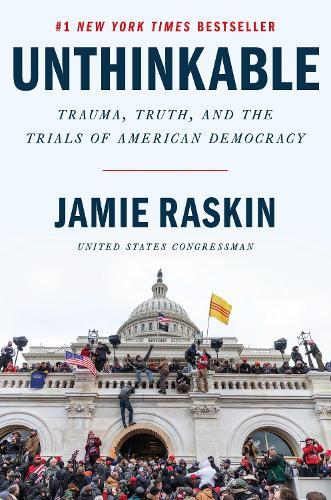 Prior to his time in Congress, Raskin was a three-term State Senator in Maryland, where he also served as the Senate Majority Whip. He earned a reputation for building coalitions in Annapolis to deliver a series of landmark legislative accomplishments. He was also a professor of constitutional law at American University’s Washington College of Law for more than 25 years. He authored several books, including the Washington Post best-seller Overruling Democracy: The Supreme Court versus the American People and the highly-acclaimed We the Students: Supreme Court Cases For and About America’s Students, which has sold more than 50,000 copies.

In January 2021 he was appointed by the Speaker of the U.S. House of Representatives, Nancy Pelosi, to be the Manager for the second impeachment trial of President Donald Trump.  Raskin is a member of the Democratic Party and is married to Sarah Bloom Raskin, HLS '87, who served as Deputy Secretary of the U.S. Department of the Treasury during the Administration of President Barack Obama.