Every decade, the completion of the U.S. Census marks the start of redistricting, the process of changing election districts to account for population change and, in some cases, political and demographic shifts.  Redistricting affects every election district in the country, and it carries huge consequences for our democracy — both for who gets elected and for which public policies will govern our society. 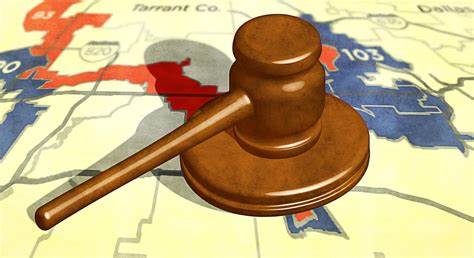 The stakes following the 2020 Census could not be higher.  In the first redistricting cycle since the elimination of key provisions of the Voting Rights Act and the U.S. Supreme Court’s rejection of limits on partisan gerrymandering, legislatures across the country are weighing how changes in politics and the law should inform map-drawing.  New bodies have emerged that replace the traditional legislative-centered processes.   At the same time, partisan and non-partisan advocacy groups have launched unprecedented efforts to influence the process.  In a time where stark divides have emerged both in elections and politics, these choices are critical in America’s development.

Helping us to understand this system is Dr. Kareem Crayton (AB ‘95-96), manager and founder of Crimcard Consulting Services — a company that has advised on redistricting nationwide at every level of government.  Dr. Crayton, a national expert, consultant and scholar in redistricting with unparalleled professional experience in the area, joins us to provide his thoughts about how this round of redistricting has fared so far and what to expect as the process shifts from line drawing to litigation.

Kareem Crayton, JD, PhD, is one of the nation’s leading experts and scholars in voting rights and elections.  He is founder and manager of Crimcard Consulting Services, an interdisciplinary advisory firm providing guidance to state and local jurisdictions around the country in the 2020 redistricting process.

One of the nation’s very few credentialed lawyer/political scientists in redistricting, Dr. Crayton has an unparalleled career in the study and practice of voting rights.  His has lent his professional expertise in government roles from the U.S. Department of Justice to the legislature in his home state of Alabama.  A respected scholar and researcher, Dr. Crayton’s academic work includes more than two dozen publications that explore the relationship between race and politics in representative institutions.  He has served on faculties across the country, including the University of Alabama and Vanderbilt University.

Dr. Crayton has also led a regional public interest law firm through a transition, building and training a voting rights litigation team that argued against gerrymandering maps before the U.S. Supreme Court in Abbott v. Perez (2018) and League of Women Voters v. Rucho (2019).  In his own right, he has represented clients that include the Congressional Black Caucus as consultant and amicus counsel in key Supreme Court cases defending the Voting Rights Act including NAMUDNO v. Holder (2009) and Shelby County v. Holder (2013).

Dr. Crayton’s current work remains at the cutting edge of voting rights reform.  As the substantive architect of the first-of-its-kind video game on redistricting more than a decade ago, Dr. Crayton has continued to deploy the newest technology to help elected officials and community leaders alike understand more about the redistricting process and reach creative answers to complex questions in the area.  He is partnering with a team of game designers on an updated redistricting game experience called NextLine, based on his extensive consulting experience in more than a dozen states.