This tour will introduce the viewer to some of the 1,500 objects Freer brought back from Egypt on his trips beginning in 1906. 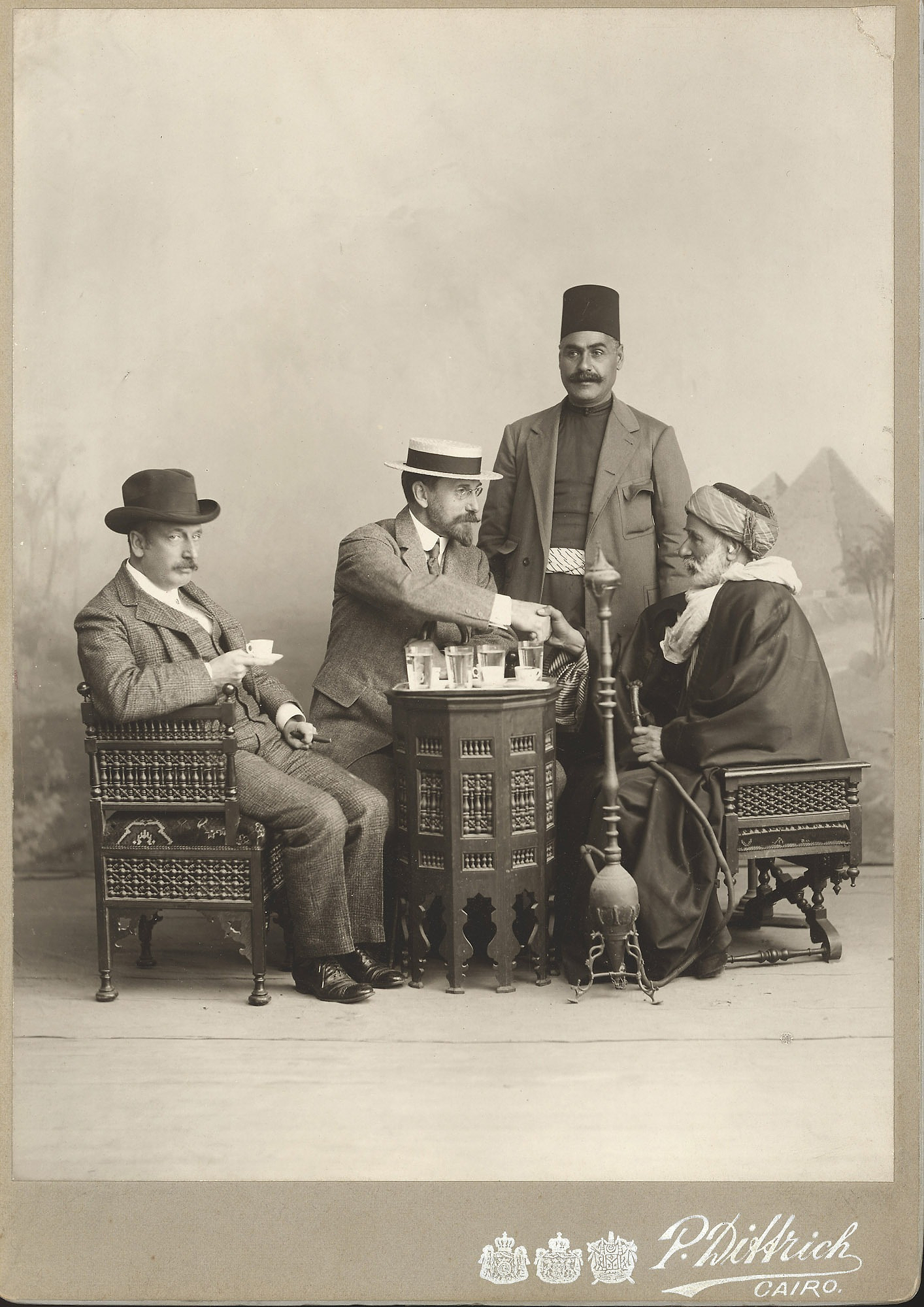 Recently, as Egyptians took to the streets to protest the country’s 30-year old political regime, it was reported that the Egyptian Museum in Cairo had been broken into with several artifacts stolen and others damaged during the break-in.

In 1906, the Egyptian Museum in Cairo was only four years old when Charles Lang Freer, industrialist, art enthusiast and founder of the Smithsonian's Freer Gallery of Art, passed through its doors on his first trip to Egypt. Freer, a self-made millionaire who became an ardent collector of Chinese and Japanese art in the late 19th century, was on his way to Asia, when he decided to make a stop in Egypt. What he found there would inspire two additional trips to the country in 1908 and 1909. Freer would eventually amass a world-famous collection of Asian art; he would add to it a sizable collection of 19th-century American Art, including a number of James McNeill Whistler paintings and the famous Peacock Room. But on these trips, he would also begin collecting in earnest a host of Egyptian artworks.

In 1906, Freer donated 7,500 paintings, sculptures, drawings and works in metal, lacquer and jade to the Smithsonian. The little-known “Freer and Egypt” exhibition is located on the third floor of the marble, Italian Renaissance-style building on the National Mall. The small room, sandwiched between a Chinese Art collection and a Buddhist Art collection, holds but a portion of the 1,500 objects of Egyptian artifacts that Freer brought back during those visits, as well as a few pieces that were added after his death, like the Head of a pharaoh, acquired in 1938 and considered one of the museum's treasures.

“He was not the usual collector,” said Alexander Nagel, the museum's curator of Ancient Near Eastern Art, “he was always looking for the essential.” And his collection reflects a very specific aesthetic. There are about 1,300 glass objects, mostly smaller more colorful artifacts, rather than the mummies or stone reliefs, typically chosen by collectors of Egyptian art at the time, according to Nagel. “He had a special taste, even in Egpyt,” Nagel said. “It was mainly the aesthetics of the art, not what every other collector would run after.” Also on display in the gallery are a pair of stone falcons with Greek inscriptions and a carved wooden face with inlaid glass that would have adorned a coffin. And down the Western corridor, visitors can find another of Freer's Cairo purchases in a display case labeled "Gold Treasure," which include stunning medallions, earrings, pins and other adornments that were probably crafted in Constantinople during the 6th and 7th centuries.

Perhaps the best of Freer treasures aren’t to be found among the artifacts in the gallery itself, but instead below ground in an archive. There, by appointment, scholars can delve into Freer's diaries, letters, postcards, photographs and detailed manifests of his travels and purchases. These, says David Hogge, the Freer and Sackler Galleries head archivist, provide “a great social history,” of Egypt in the 1900s, as seen through the eyes of a Western traveler and collector.

In one letter, Freer tells of his adventures: “I must confess, however, to enjoy the quest greatly. Poker and all other games are as nothing. It’s real living, real experience and beats winning a contract for cars quite out of sight,” he wrote. “In America the same individuals and quest would be impossible. Here the blazing sun, the oriental colors, the crooked trails about Giza, the veiled but still clearly unveiled women, the strange home life, the quaint hospitality, the kind of courtesy offered by the head of the house, the thirst for gold, what it will buy is all wonderful to a novice like myself.” “He can be very condescending,” says Hogge said. “But he also has this very pure enjoyment of the experience.”

Freer died in 1919, four years before the completion of his museum. In his will, he left very specific instructions about its aesthetic. “Nothing goes in, nothing comes out,” says Hogge, of Freer’s original intent; his will was later amended to allow occasional purchases of Asian and Egyptian art. Freer's will also specified the number of objects that were to be displayed and how they were to be displayed, which explains the sparseness of objects in the gallery. Curators select and rotate items based on provenance, concerns about conservation and Freer’s terms. The museum was meant to be “a complete survey of his aesthetic idea,” says Nagel. And the museum itself representative of “a harmonious artistic unit at the time.” “It was given to the nation to inspire Americans with his artistic vision,” says Nagel. And the museum invites you to come have a look. “The archives here and the treasure are really open for everyone to come here,” says Hogge.