The history of progress toward education equity since the nation’s founding; the impact of COVID-19 on students, families, and schools; and the future of education.

Dr. Bridget Terry Long and Dr. John B. King Jr. will join Jeffrey H. Tignor for a wide-ranging fireside chat about the state of education in the U.S. They will discuss the history of progress toward education equity since the nation’s founding; the impact of COVID-19 on students, families, and schools; and the future of education.

Dr. John B. King Jr., J.D., Ed.D., served as 10th U.S. Secretary of Education. He is president of The Education Trust and a member of Harvard University’s Board of Overseers.

Dr. Bridget Terry Long, Ph.D., is Dean and Saris Professor of Education and Economics at the Harvard Graduate School of Education.
Jeffrey H. Tignor, J.D., is a telecommunications lawyer and President of the Harvard Club of Washington, DC. 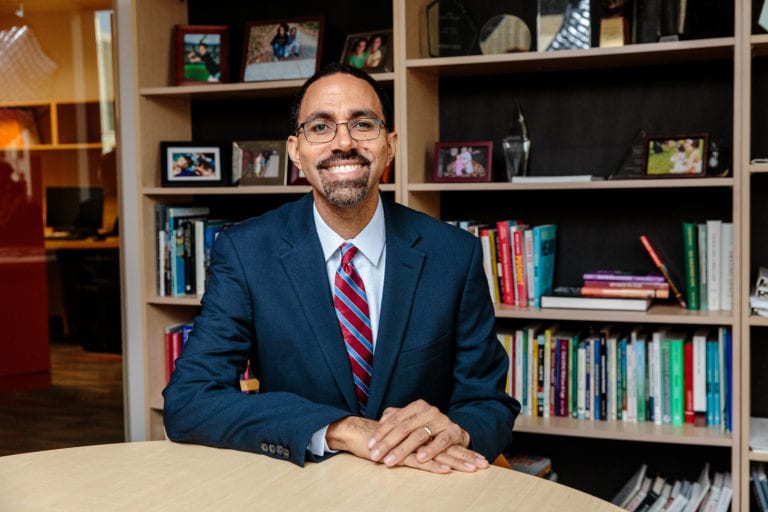 John B. King Jr. is the president and CEO of The Education Trust, a national nonprofit organization that seeks to identify and close educational opportunity and achievement gaps. King served as U.S. Secretary of Education in the Obama administration. Prior to that role, King carried out the duties of Deputy Secretary, overseeing policies and programs related to P-12 education, English learners, special education, innovation, and agency operations. King joined the department following his post as New York State Education Commissioner. King began his career as a high school social studies teacher and middle school principal.

King holds a Bachelor of Arts in government from Harvard University, a J.D. from Yale Law School, as well as a Master of Arts in the teaching of social studies and a doctorate in education from Teachers College at Columbia University. King serves as Professor of Practice at the University of Maryland’s College of Education and is a member of several boards, including those for The Century Foundation, The Robin Hood Foundation, Teach Plus, MDRC, and the American Museum of Natural History. He was elected to Harvard University’s Board of Overseers and serves on several advisory boards, including Former First Lady Michelle Obama’s Reach Higher Initiative, the Rework America Task Force, the GOOD+ Foundation’s Fatherhood Leadership Council, the National Center for Free Speech and Civic Engagement at the University of California, the National Center for Learning Disabilities, and the National Advisory Council for the Prenatal-to-Three Policy Impact Center at the University of Texas at Austin.