Irish Furniture: Charm and Wit in the Eighteenth Century 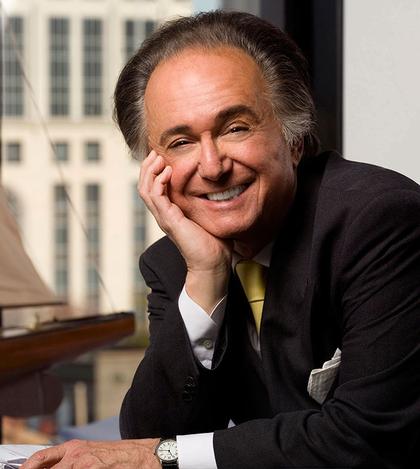 Jim Caughman is the senior marketing executive for the Kohler Interiors Group, responsible for the Baker, McGuire, ANN SACKS, and Kallista brands. Other than serving as the Executive Director of the Washington Design Center for 3 years, he has spent his entire career with Baker and Kohler. While living in London for 3 years, he started Baker’s International Division and opened its first showroom outside of North America. He has also been intimately involved in Baker’s historical licensing programs with The Historic Charleston Foundation and The Stately Homes of England and has worked closely with Baker’s guest designers such as Barbara Barry, Thomas Pheasant, Jacques Garcia, Bill Sofield, Albert Hadley and others.

Jim has a B.A. in French Literature and an M.A. in Foreign Affairs and has studied 7 classical and modern languages as well as European and Asian cultural history. He is a member of the Luxury Marketing Council in New York and served on the American board of The British National Trust. He has also been designated a Distinguished Speaker by the American Society of Interior Designers. Having a background in cultural history and an interest in classic luxury brands, Jim has spent his professional career articulating a brand story to interior design professionals and affluent consumers. Using his background in comparative cultural studies, he has lectured extensively on the history and development of furniture and decorative art.