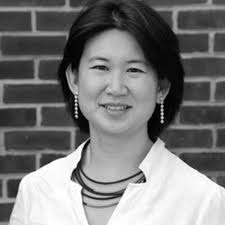 Please join us for this FREE event.

Her new book, Forging Trust Communities: How Technology Changes Politics (Johns Hopkins 2015), tells the story of how activists and governments around the world use the new tech of the day to get people to work together, from the telegraph to social media.

Her current research examines the effect of new communications technology on the distribution of power among countries and draws on lessons from technology history. Also, she studies the use of social media for international collective action.

From 2011-2012 she was research director of the White House Task Force on Smart Disclosure which made recommendations on how US government data can be made more useful for consumers shopping for the best deal in areas such as healthcare, broadband, and environmentally-friendly products.

In 2007-2008, she was the first Yahoo! Fellow in Residence at Georgetown University’s School of Foreign Service, where her research focused on change in global values and information technology in Brazil, Russia, India and China.

She also authored the book, From Iron First to Invisible Hand: the Uneven Path of Telecommunications Policy Reform in China (Stanford 2009), and several articles on communications policy and regulation.

Dr. Wu has taught in CCT since 2007. She received her B.A. from Harvard University and Ph.D. in International Relations from Johns Hopkins University’s School of Advanced International Studies (SAIS), with additional studies undertaken at the National Taiwan Normal University, University of Puerto Rico, and the Chinese Academy of Social Sciences in Beijing, China.