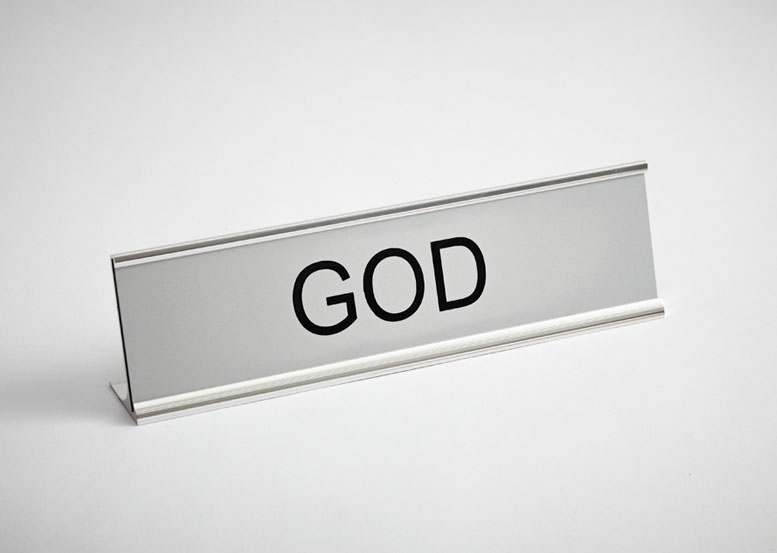 The Name of God: Should It Be Exclaimed, Reclaimed or Buried?

An imam, a traditional Christian, a progressive Jew, and an unabashed atheist talk about God, with a Q&A session and book-signing. The evening will begin with drinks and full dinner prepared by Chef Chris.$35 members and their guests; $65 non-members.

The evening will begin at 6:00 with drinks and full dinner prepared by Chef Chris.

The panel discussion with question-and-answer session will begin promptly at 6:15. The entire program will conclude at 8:15 with a book-signing for those who are interested in purchasing Daniel Sprio's new book, Liberating the Holy Name: A Free-Thinker Grapples with the Meaning of Divinity (Cascade Books, July 2014), and/or John Shook's The God Debates: A 21st Century Guide for Atheists and Believers (and Everyone in Between) (Wiley-Blackwell, 2010).

Grape Leaves and Hummus with Pita

The Name of God: Should It Be Exclaimed, Reclaimed or Buried?  An Imam, Traditional Christian, Progressive Jew and Unabashed Atheist Talk about God

This is to announce an exciting new program designed to stimulate thinking about the domain of religion generally and God in particular.  The program will consist of a panel discussion followed by a Q&A session with the audience.  The panelists, as is apparent from their bios below, come from very religious backgrounds and will not be afraid to present their differences sharply and provocatively.  Yet they have come together as a panel because they also share common ground.  Notably, each panelist supports efforts to confront the extent to which religion has become a dangerously divisive force in our society.  And they attribute much of this divisiveness to the failure of our religious and academic leaders to squarely address the topic of God.  Clearly, the old cliché that “we all believe in the same God” no longer applies.  Religious traditionalists and progressives may envision God in altogether different ways.  Atheists argue that God is but a figment of our imaginations.  And an increasing number of people in our society have grown bored with the whole topic.  Our panel would like to change that fact by challenging their audiences to search their own hearts and minds and wrestle with the meaning of divinity.  By bringing to light multiple perspectives in a dialogue that is respectful, yet lively, the panelists will not so much debate each other as serve as facilitators.  Rather than striving to brainwash the audience with rhetoric, they hope to inspire those in attendance to deepen their own perspectives regarding the subject of God, which begins by better understanding one’s own values and biases.

Haytham Younis is a Muslim teacher, lecturer and imam who has been involved in Islamic education for many years  An American of Syrian extraction, Imam Haytham went on to studu Arabic and Islamic Studies at the Islamic University of Medinah, Saudi Arabia, and resided there from 1990 to 2002.  Imam Haytham exhibits a keen ability to communicate information about Islam in a clear and enjoyable manner to American audiences.  Since returning to his native United States, he has been busy teaching, lecturing at schools and houses of worship, counseling prison inmates and others, delivering Friday sermons and leading congregational prayers in the greater Washington DC area.  Imam Haytham is a co-founder of the Jewish Islamic Dialogue Society of Washington, an organization dedicated to bringing Jews and Muslims together in order that they gain better understanding of each other’s religious traditions and in order to work together to promote justice and peace in the world.

Dennis Skocz, PhD is an Adjunct Professor of Philosophy at the University of the District of Columbia and the Northern Virginia Community College.  A career diplomat for some 30 years, Dennis now works as a consultant in political-military affairs and strategic planning.  Dennis received his doctoral degree in philosophy, specializing in contemporary European philosophy.   He is active in numerous philosophical societies and widely published in academic journals.  A practicing Catholic, Dennis looks to religious experience and I-Thou encounter of the human and divine, as the basis of religious thought and affiliation.  For him, religion is a “thick” web of relationships to God and our fellow human beings, and thrives when rooted in the rich and complex narratives of religious traditions.   Dennis’ thoughts regarding Christianity have been enriched by his study of Hindu religious practice and expression as a Fulbright scholar in India and then when he traveled throughout South India during his assignment to the U.S. Consulate General in Madras/Chennai.

Daniel Spiro wears many hats.   He is the author of Liberating the Holy Name: A Free-Thinker Grapples with the Meaning of Divinity (Cascade Books,  July 2014), as well as two novels of ideas, Moses the Heretic (Aegis Press, 2008) and The Creed Room (Aegis Press, 2006).  He is a co-founder and the coordinator of two dialogue societies – the Washington Spinoza Society, a discussion group sponsored by the Goethe-Institute Washington, and the Jewish-Islamic Dialogue Society of Washington.   He is a Zionist who is active in working for peace in the Middle East and has been a member of multiple groups devoted to peace between the Israelis and Palestinians.   In addition, Daniel has published works on the role of religion in the public schools and the philosophy of education, and he regularly blogs under the name “Empathic Rationalist.” When not pursuing his love of philosophy and religion, Daniel works as a full-time lawyer who specializes in investigating and litigating against corporate fraud.

John Shook, PhD, is a scholar and professor living in the Washington, D.C. area. He is research associate in philosophy and instructor in science education for the University at Buffalo. He is also President of Partners for Secular Activism, an educational nonprofit offering online classes of interest to the secular side of life at secularactivism.org.   Since 2006, he has worked for several secular and humanist organizations, including the Center for Inquiry, the American Humanist Association, the Humanist Institute, and the Institute for Humanist Studies, and for several years he was President of the Society of Humanist Philosophers.   John has authored and edited more than a dozen books about science, pragmatism, naturalism, ethics, politics, and religion and has published articles in various academic journals and magazines. His most recent book is The God Debates: A 21st Century Guide for Atheists and Believers (and Everyone in Between), and he also edited a volume of William James’s writings on pragmatism and a volume of Paul Kurtz’s writings on skepticism.

The Structure of the Session

During the first part of the program, the panelists will field questions designed to introduce their basic philosophy to the audience, explore where they have identified common ground, and explain how their views have come to diverge so sharply despite such common ground.   The panelists will continue their discussion in the second part of the program.  This is expected to be every bit as civil as the initial discussion, but the questions will be far more provocative.   Each panelist will be put on the spot and asked to explore the concerns that are most commonly raised with their particular religion or religious philosophy.   In the third and final portion of the program, the panelists will field questions from the audience.

Refunds of any kind are no longer possible. If you find that you can not attend an event, please find a substitute or consider all fees paid as a  charitable donation to the Harvard Club of Washington, DC. Your cooperation in this regard would be appreciated.