TO BE RESCEDULED/Brunch with Baldwin

Dr. Robert Reid-Pharr, Professor of Studies of Women, Gender, and Sexuality at Harvard, will discuss his forthcoming  book,  James Baldwin: The Making of an American Icon. 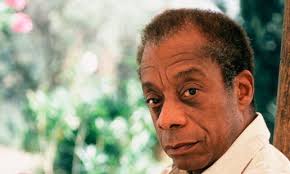 Please join the Harvard Club of Washington, DC for “Brunch with Baldwin,” an online event featuring Robert Reid-Pharr, Professor of Studies of Women, Gender, and Sexuality at Harvard University. Dr. Reid-Pharr was awarded a 2020-2021 Radcliffe Institute for Advanced Study fellowship and has used this year to work on a new book, James Baldwin: The Making of an American Icon.

By genre a biography, the book is described as an attempt to understand how Baldwin came to be among the most celebrated figures of the Civil Rights movement and why he remains a compelling figure more than 30 years after his death.  The book draws heavily on archival materials housed at the Schomburg Center for Research in Black Culture and the Houghton and Beinecke Libraries of Harvard and Yale Universities.

BRUNCH WITH BALDWIN will be rescheduled Soon